As we get closer to the Festival, Mary Marie composer Carl Johnson reflects on the daunting task of preparing musical arrangements for his Festival presentation, as 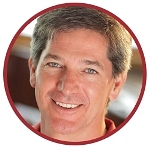 well as the challenges and great rewards of live performance.

I’ve been working on orchestrating the music for our show Mary Marie for the Festival, and have been pondering the differences between writing for live theater and writing for film and television. It seems almost as if it’s the difference between planning for a worst-case or a best-case scenario!

In studio recording you plan for a best-case scenario in terms of the performance you get out of the musicians. The recording studio is temperature-controlled, the lighting is optimized for reading, there are a variety of microphones set up around the instruments so that every nuance of their playing can be captured without the musician having to overplay or hold back. Even the catering and bathroom-break schedule is designed to put the players in the best frame of mind to play perfectly.

In a live situation, you never know what the players are going to encounter! Even the best-
planned productions have to account for Murphy’s Law.

In a studio recording the music is carefully planned, and usually recorded with the musicians listening to a pre-recorded click track. Every tempo is set ahead of time, and the musicians wear headphones so that they can play exactly together, whatever the conductor is doing. In live performance, the tempo of the music can change drastically from performance to performance depending on how the performer or conductor feels. It is much more spur-of-the-moment, which gives the music a much more emotional, organic feel. This requires that the musicians be much more aware of what everyone else is doing and that they pay attention to the conductor or music director.

In terms of difficulty, you can write anything for a recording musician and consider that they only have to play it perfectly once, when the red “recording” light is on. For live performance, there are additional concerns, like: “Can they play that consistently? Will it be too physically taxing? Will it come across if the sound system is down?”

There’s also the unknown. In a studio situation, you’ve pretty much taken out all possibility for surprises, but in a live situation, you never know if a singer is going to skip a verse, or the audience is going to laugh, or the trumpet player is going to start playing too early. I’ve found that in my arrangements I’ve been trying to account for as many “what ifs” as I can imagine, but I’m sure there are many more that will be complete surprises.


Now that I think about it, I’m not sure which is the best-case scenario after all!