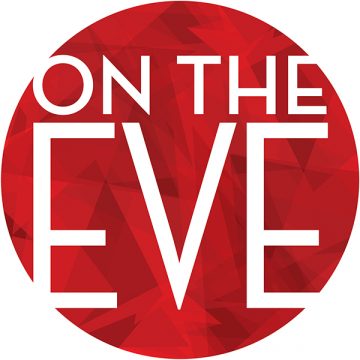 As bombs explode outside, a theatre company staves off impending apocalyptic doom by performing a sci-fi musical about Marie Antoinette’s first time-traveling hot air balloon. As the dictatorial Talking Man turns the story into a celebration of stereotypes, the company fights back. Soon the play bleeds into reality, reviving hope for survival.

The committee is so excited to share with you this ambitious, amazing, quirky, time-bending show, that we truly feel needs to be experienced.

On the Eve was first produced in a staged-reading workshop in 2011, advancing to a ten-show production at Margo Jones Theatre in Dallas in 2012, earning year-end best mentions by D Magazine, Theatre Jones, Dallas Voice and Dallas Observer. The 2013 DFW Theatre Critics Forum awarded it “Best New Play or Musical” and “Best Creative Contribution for Score.” In 2014, a 23-show professional premiere production was held at Theatre Three Dallas, reaching 2014 year-end best lists for D Magazine and Dallas Culture Map and receiving The Column Awards’ “2014 Steve Lovett Award for Outstanding New Work by a Local Playwright.”