Home » Musicals » Get Out Alive 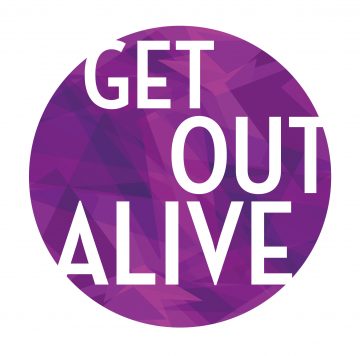 All songs have performance-ready tracks that can be used in lieu of a full band.

Nikki Lynette’s new autobiographical afrogoth musical raises mental health awareness through the lens of an underground concert. With music that is equal parts punk, hip hop, alternative rock, and pop, Nikki’s true story shows that when life leads us to a bad place, we can always make it out alive.

Starting as an opening act for Pussy Riot’s first American tour, the show was developed into a full-length musical at the American Music Theatre Project (AMTP) at Northwestern University. Appearing in Steppenwolf Theatre Company’s LookOut Series in early 2020, this groundbreaking show sold out all five shows within days of the press announcement. When the pandemic hit, it was adapted into an independent film that has been featured in a dozen film festivals around the world, winning three awards. GOA received its first extended run in July/August 2022 produced by Haven Chicago at The Den Theatre.