Home » Musicals » Circus In Winter, The 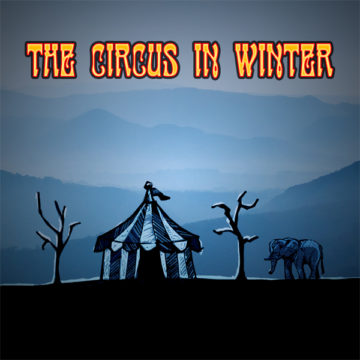 The Circus In Winter

Meeting an elephant can change a manâ€™s life.Â The Circus in WinterÂ is based on the novel by Cathy Day, where legend and lore collide under the big-top filled with disheveled hustlers, death-defying acrobats and a dreamer named Wallace Porter searching for redemption and grace.

The Circus in Winter will introduce NAMT members and industry professionals to Ben Clark, a talented young writer and a new voice who has created a nuanced, moving and appealing score. Early in its development, The Circus in Winter tells a highly theatrical story with innovative production opportunities that captivated the committee.

The Circus in Winter is the culmination of a three-year immersive learning journey that started at the Virginia Ball Center for Creative Inquiry at Ball State University. Fourteen students under the guidance of Beth Turcotte, Professor of Theatre, spent an entire semester writing and composing this musical inspired by the novel by Cathy Day. It premiered as a concert reading in May of 2010 with subsequent performances at the International Circus Hall of Fame in Peru, Indiana and Drury Lane Theatre, Chicago. In the fall of 2011, it was fully produced at BSU and selected for the American College Theater Festival. In the spring of 2012, The Circus in Winter won 11 awards at the ACTF/Kennedy Center Awards including Outstanding New Work.