This month, we check in on Bleeding Love from our 2012 Festival of New Musicals as it prepares for productions in Connecticut and Denmark. The show’s writers, Harris Doran, Jason Schafer and Arthur Lafrentz Bacon have been hard at work during the past year to prepare the show for its next steps. 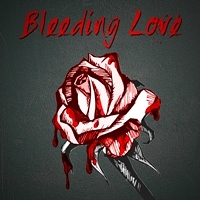 Bleeding Love is a post-apocalyptic musical comedy about a sixteen year old cellist who has never left her building, who risks going out into the dangerous world in order to get her one chance at love.

When you presented Bleeding Love at the Festival, it was the premiere of the musical for any audience. What did you learn about the show from finally seeing it in front of an audience?
Yes, NAMT was our very first reading! We learned a great deal about how specific the tone was, because it rides the line between bleakness and comedy, and honest emotion and farce, so we had to make sure we were making that balance clear to the audience.

You were up at Goodspeed Musicals last winter for the Mercer Writers’ Retreat.  What was the focus of that devoted time away?
That was an incredible experience. More productive than we ever could have imagined. The three of us, who do not all live in the same city, got to be together for a week straight and just write. We ended up writing an entirely new opening number, completing a very complicated multi-scene song and brainstorming what the end of the musical would be. An unbelievable amount of productivity in such a short period of time.

The show will have a premiere production this season at The Spirit of Broadway Theater in Connecticut.  What work are you doing on the show to prepare for its first production?
We are tightening the show to make sure it is production-ready as well as getting our first orchestrations together. We are very excited.

What are you hoping to discover and sort out when the show finally gets on its feet in a production?
We are excited to finally get the chance to see what the show is as a whole without the rhythm being impeded
by stage directions or mimed props. The show takes place in different areas of an apartment building, so a lot of the storytelling is dependent on the shift from location to location, the life that exists within those locations, and visual props and phenomena (snow, growing flowers, etc.) much more so than most other musicals. So we are excited to see the piece fully realized.

The show will also head to Denmark next season for a premiere there. Are there any anticipated changes for its European premiere?
Well, the biggest change is that it will be in Danish! We are going to see what we learn from the Spirit of Broadway production and are lucky to be able to make those changes and see them implemented in the Denmark production.

What are the long range hopes for the show after Connecticut and Denmark?
We hope to bring it to a commercial audience in NY. The show is in the vein of other comically dark pieces likeLittle Shop, Urinetown or Sweeney Todd, so we hope for it to find its NY audience.

Why should people swing by Connecticut (or Denmark) to check out Bleeding Love?
Because Bleeding Love is a unique, well-made musical. It has an original voice, fun characters and exceedingly melodic music. The show itself uses magical theatrical conventions that can only be seen in full production. The readings we have done have gotten people excited, laughing, and moved and we believe you will be, too.