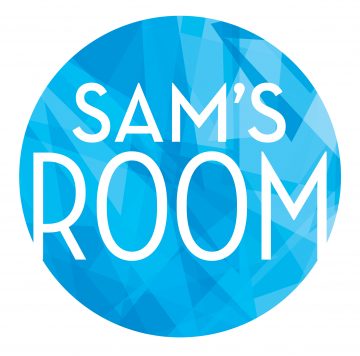 Our band acts as an ensemble of storytellers as well.

This pop concert dramedy follows Sam, a teenager in 1998 with nonspeaking special needs, on his path to find a way to communicate. Shifting between cruel reality and pop star fantasy, Sam’s Room powerfully reveals the universal struggle with communication by giving a voice to someone who’s never had one.

The concept and story of this piece surprised and moved us and reminded us of the power of musical theatre to give voice to the voiceless. Committee members appreciated its truthfulness, sensitivity and refusal to pander, and were intrigued by its three-performer theatrical conceit.

Sam’s Room’s first table-reading was held in December, 2015. The audience included Marc Campbell of the pop band MisterWives and folk musician Caitlin Marie Bell of Bell the Band, who began writing the show’s album that same night. Next, the team self-produced a presentation in May, 2016. The response to that presentation led the team to Joe Barros of New York Theatre Barn and their New Works Series. This fully realized 45-minute portion of the show made Sam’s Room the inaugural recipient of NYTB’s IMPACT award “for having the most impact on the world, the theatre community and society.”