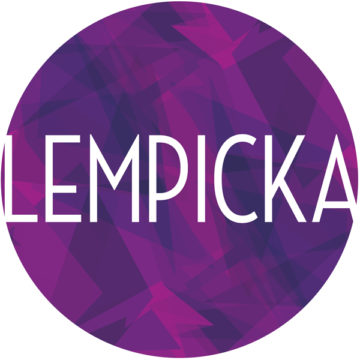 Set in Paris against the backdrop of the rising fascist tide, Lempicka follows the artist Tamara de Lempicka as she flees the Russian Revolution, transforming herself from penniless refugee to rising star of the art world. But when she falls into a forbidden love affairâ€” with her muse, Rafaelaâ€” will she lose it all, again?

Committee members loved the audacity of Lempicka and its anachronistic but inspired electropop-inflected score. Epic, sprawling and brazen in its sensibility and theatricality, this musical biography had us asking why the compelling story of this visionary female painter is not as well known today as her iconic work.

Lempicka was originally commissioned by Yale Rep and New Dramatists, with support from the Mellon Foundation. Over three years, the show received 4 workshops and various readings and recordings. Songs from the show have been performed around the world. The writers, Matt Gould and Carson Kreitzer, have both received the Jonathan Larson Award and respectively received McKnight Fellowships, The Richard Rodgers Award, and ASCAP’s Dean Kay and Harold Adamson awards, among others.

Reading at Williamstown Theatre Festival (MA) in 2017 with a subsequent World Premiere production in July 2018. Pre-Broadway production planned at La Jolla Playhouse (CA) for May 2020 (cancelled due to COVID-19).