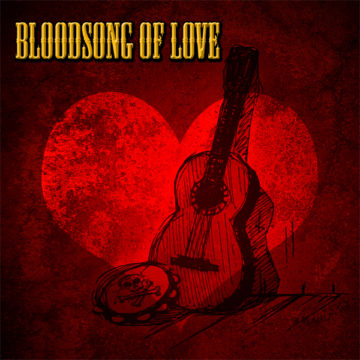 Bloodsong of Love is a musical theater interpretation of the Spaghetti Western film genre. It follows the story of a wandering guitarist known only as The Musician who is on a journey to reclaim his bride from the evil clutches of Lo Cocodrilo. The Musician navigates his way through a bizarre and hyper-stylized world of maimed prostitutes, one-eyed bartenders, shoot ’em ups, midnight hallucinations, and lots and lots of blood.

Bloodsong of Love was commissioned by Ars Nova, and was produced there in the spring of 2010 for a limited run. It was nominated for three Drama Desk Awards: Best Music, Best Book of a Musical, and Best Featured Actor in a Musical.