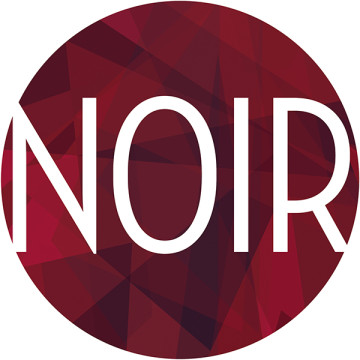 Live foley plays a significant role in the piece –

A heartbroken man never leaves his apartment, consoled only by the music on the radio. Through the thin walls, he hears almost every word of the couple next door—and before long, his eavesdropping becomes an obsession. Soon he finds himself drawn into a web of lust, lies, deceit and danger. Noir is a lush and mysterious new musical inspired by radio plays and classic film noir.

Noir was appealing to the committee on several levels: at the heart there is a great story and compelling music, but the writers don’t go about it in the usual way. With the creative use of a foley artist, this show is truly mixing radio plays, film noir, presentational cabaret and suspense into a uniquely theatrical event.

Noir was developed in part at Rhinebeck Writers Retreat and at the Joop van den Ende Academy in Hamburg, Germany. It received a reading at Playwrights Horizons and a workshop presentation as part of New York Stage & Film's Powerhouse Theatre season in Summer 2015.