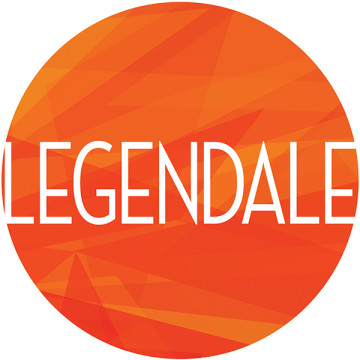 Legendale is an original, contemporary comedy about the power of fantasy. Andy’s favorite way to escape his humdrum life is the online game “Legendale.” He dreams of victory in the game’s tournament, but is stuck competing as a lowly milkmaid. When the fantasy becomes real, Andy and his avatar must both discover their inner warrior. Legendale blends romance, adventure and virtual reality, over a pop-infused score.

It is rare to find such a fun, current and lively show that has never had a reading. We were blown away by this show that is about MMORPG but is truly about living in today’s (real) world and can’t wait to share it with you.

After extensive meetings throughout 2012, the writing of Legendale began in earnest in 2013. In December of the same year, Jeff and Andrea were invited up to East Haddam, Connecticut for a two-week residency at Goodspeed Musicals’ Writers Grove. An informal reading of the first act took place at Goodspeed in February 2014. Legendale’s first full-length reading was presented at Ripley Grier studios in New York City in November 2014.

Selected for the 2016 ASCAP Foundation Musical Theatre Workshop. World Premiere at Fredericia Theater in Denmark in March 2017. Reading in December 2016 and subsequent American Premiere at The Human Race Theatre Company (OH) in September 2017.