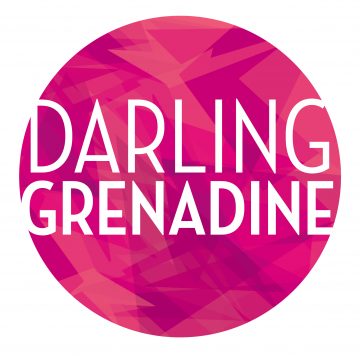 1 of the 3 male principals is a dog marionette operated by a male puppeteer. The dog’s “voice” is the trumpet in the orchestra.

Darling Grenadine is a seriocomic musical about Harry, a fanciful jingle composer, and his precarious relationships with his girlfriend Louise, his brother Paul, and his Labrador Retriever (…also named Paul). Told with a rich contemporary score and a wink to the classic MGM musical, Darling Grenadine explores the friction between romance and reality, bitter and sweet, serving something magical, moving, and boldly new.

The committee loved how the layers of this charming, whimsical romantic comedy are stripped away one by one to reveal a surprising but all-too real story of denial and heartbreak. Like its characters, we found ourselves asking: what are the limits of our love?

Darling Grenadine was first presented as a concert reading at Rockwell Table & Stage in Los Angeles, May 2015. Work on the show continued at the Johnny Mercer Writers Grove at Goodspeed Musicals and the 2016 National Music Theater Conference at the Eugene O’Neill Theater Center. In August 2017 Darling Grenadine will have a developmental production at Goodspeed’s Norma Terris Theatre.