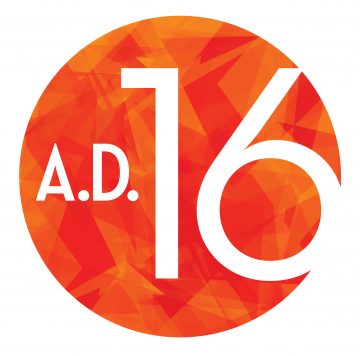 Diverse casting is a must with this show.

A.D. 16 tells the story of what happens when teenage Mary Magdalene falls in love with the boy next door: teenage Jesus. Featuring an R&B score that evokes the best of TLC, En Vogue, Prince and more, this comedic coming-of-age story asks the question: what if your first crush really WAS perfect?

Cinco got the idea for A.D. 16 about two years ago and immediately outlined a story and began writing songs. He’d completed a first act when he realized it was foolish to do this alone and found Bekah, who it turned out had always been obsessed with the idea of Jesus as a teenager. Stephen Brackett directed a reading of a new first act in NY in May 2017. Encouraged by this, they finished the show and did a concert presentation at Joe’s Pub in October 2017. This led to the current version of the show, which they finished in March 2018.