An interview with The University of Miami’s Henry Fonte about their upcoming developmental production (see listing on right) of Slaughterhouse-Five, with music by Jed Feuer and book and lyrics by Adele Ahroneim, based on the Kurt Vonnegut novel. 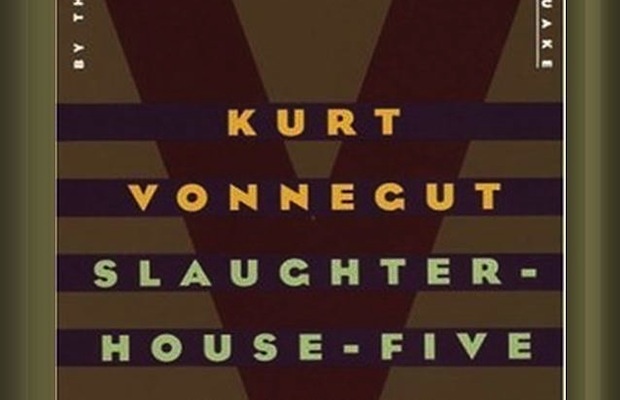 How did Slaughterhouse-Five find its way to the University of Miami?
Larry Wilker, the former producer at the Arsht Center here in Miami, an old friend, handed it to me and said, “I like this show and I like the people who wrote it. I can’t produce it. Take a look.” I almost fell over when I saw the title. One of my favorite books! But how the hell do you turn it into a musical? And then I read it and listened; and, by George! Jed and Adele really did it! And they kept the essence of the ordinal Vonnegut! I was floored.

Why is this show a great fit for your students and audience?
Since the show is all about being “unstuck in time,” some characters appear at different stages in their life, and since the play is so presentational and so Brechtian in a way, the ages of the actors are irrelevant. This allows us to use a young cast beautifully, without anyone having to play old. And since we are doing this in our Studio Theatre, the audience is young and hip and expects to see new and even avant-garde work. So it is a perfect fit for us all the way around.

How does the process of this show fit in to the University’s mission for training young artists?

One of our biggest areas of focus in the training is to produce new works, so that the students get used to working with the writers in the room, and so they learn the etiquette associated with that kind of work: not only the writers being in the room and participating, but the daily changes and the joint development of the piece among all the artists. There is nothing more thrilling for a young performer, or more educational, than to have a song or monologue written or tailored “for them.”

What kind of work will the writers be doing while working on the show and what will be the level of presentation?
The writers will both be here for two visits for a total of about ten days. Our guest director, Douglas Love, Jed and Adele are already deep into pre-production and identifying the parts of the play that they want to concentrate on. The writers will come in with some rewrites, and then depending on how those rewrites fare in rehearsal, will continue to work on them or move on to others. They will be heavily involved and we expect a good number of substantial changes while the show is in rehearsal. The level of presentation is skeletal. And this is on purpose. This developmental workshop is about the script, the music and the lyrics. It is not about production. Every level of production will be minimal.

Why should people swing by Miami to check out Slaughterhouse Five this spring?
For the opportunity to see the beginning stages of a what we hope is a great new American musical based on one the greatest American novels. Also, to see some great artists working in conjunction with some very talented students to create new work. Isn’t that what NAMT is all about?