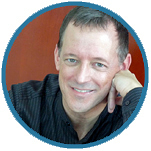 A guest blog entry from Rob Taylor, writer of The Sandman, presented last weekend at the Festival of New Musicals.
Now a mile high and two hours behind, the weeks just past in New York in preparation for the NAMT Festival presentations of our little nightmare musical “The Sandman” feel less as if they occurred in a distant time zone, and rather more as if they happened within a time warp.
Can it be over already? Did we actually find and rehearse a cast, slice and shrink an entire Act into a 45 minute cliffhanger, and convey the essence of the macabre little world of our imagining to all those people? Impossible.
And it all would have been impossible – were it not for the surreally magical way in which a dream cast and creative team seemed to materialize around us, and were it not for the outstanding and intuitive support NAMT seemed ready to provide at every turn.
Eight years ago, Richard and I participated in another NAMT Festival. As happy as we were to have been included in those 2005 proceedings, the organizational improvements put

in place by Betsy, Branden and the rest of the NAMT staff in the interim – well, they made participating in this year’s Festival an absolute dream.

To be introduced through NAMT and our consultant (Stephanie Cowan, we adore you!) to a director without whom we now can’t imagine moving forward (Sam Buntrock, where have you been all our lives?), to have a line producer in place from the get go (Robb Nanus, you rule!), to have access to a casting director (Michael Cassara, we owe you big time), to be provided with a stage manager who knows the ropes (Lisa Dozier, thank you for all you do, and for hooking us up with Josh Quinn!), to have such thoughtfully and clearly laid out deadlines throughout the entire process and the support to help keep us on top of them – it all made such an enormous difference. You afforded us the absolutely crucial commodity of time to focus on just being writers, and for that Richard and I are deeply, deeply appreciative. 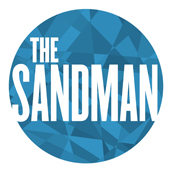 And because we felt so supported this time around, when things did go awry – and something always does – we never actually spiraled into panic. Mild bouts of anxiety perhaps, but never true panic. Even being locked in our rehearsal room at CAP21 for what seemed like an eternity on our first day, and having to MacGyver our way out with a nail clippers as the clocked ticked down on cast members locked outside the door as well as inside, everyone not only remained calm, but it ended up establishing a terrific sense of all being in it together for the entire company.
So, thank you NAMT for including our bizarre (and apparently somewhat polarizing) piece in this year’s festival.  We hope we did you proud.
Tagged: Festival 2013 The Sandman