I Love You Because  by Salzman & Cunningham was featured in the 2005 NAMT Festival, received an Off Broadway run in 2006 and since then has lived on in countless productions at regional and international theaters. Some of the international production locations include Germany, the Philippines and England. Take a look at some of the artwork and photos from these cross-continental mountings! 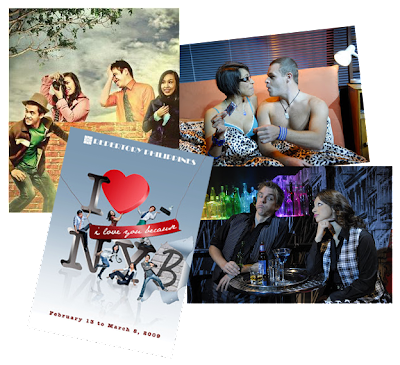 Tagged: I Love You Because