Since 2002, the Festival of New Musicals also features a concert performance called The Songwriters Showcase. These shows are chosen for many different reasons, from being National Fund recipients to ones being developed by NAMT Membersto Festival runner-ups. One thing that never changes is how great the shows are—some have even moved on to Broadway!
Learn about some of their big and recent successes below: 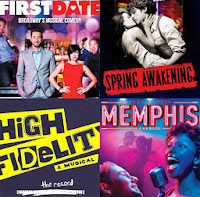