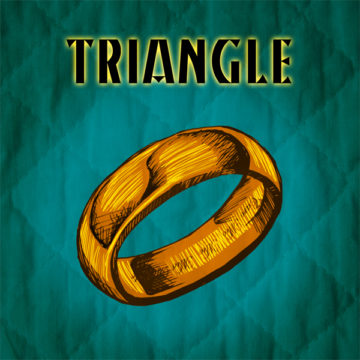 In an original mystery/romance set against the backdrop of an infamous New York tragedy, two couples from different erasâ€”in 1911 a Jewish seamstress and her Italian foreman, in 2011 a graduate student and a free-spirited strangerâ€”discover what it means to risk everything you believe for love.

We were moved by the sophisticated score and interlocking contemporary and historical stories of Triangle, which melds two love stories across time. With an entirely new take on its contemporary story from previous drafts, the writers are continuing to craft the plot and structure in ways that impressed the committee.

Triangle was originally commissioned in 2005 by Williamstown Theatre Festival (Artistic Director Roger Rees) as part of their LeapFROG new works program and further developed at The O’Neill’s 2006 National Music Theater Conference (directed by Robert Longbottom). Following a hiatus to pursue other projects, the authors returned to the piece in 2010 with a series of readings at CAP21 in New York and a Fall 2011 workshop at Northwestern University’s American Musical Theatre Project. Triangle was seen this August at the New Works Festival at TheatreWorks in Palo Alto (directed by Meredith McDonough).