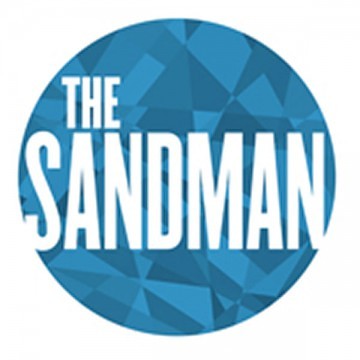 The Sandman: a little nightmare musical

Germany, 1838. What if Clara’s nutcracker had been built by a clockmaker whose children were held hostage by the Sandman? What if the clockmaker’s nanny had invited the Sandman in? What if the Sandman steals children’s eyes at night? Too ghastly to contemplate. Who dares put such horrors in a musical?

The Sandman is a rarity in musical theater: a genuinely scary story. The committee loved the unique sound of the score, with its Kurt Weill influences and inventive orchestrations, as well as the complicated, macabre plot and characters. NAMT audiences will be riveted and gasping in fear, with a few laughs on the side.

The Sandman: A Little Nightmare Musical was originally commissioned by The Signature Theatre (VA) and received its first Equity staged reading at the Carnegie Center for Visual and Performing Arts in October, 2012.

Commercial option picked up by Playing Pretend. Production at the Fredericia Theatre in Denmark in 2015.