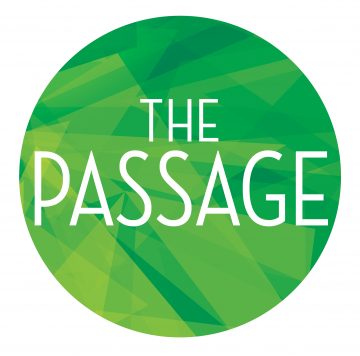 The piece requires two children – Albert and Cassie. Both are in sixth grade. In the first production, the ensemble actor who played Cassie’s Mom also played Knight #1.

Albert, a sixth grader, has a monster living in his basement. When it captures his father, he enlists his brave new friend, Cassie, and together they embark on an epic journey to save his Dad and his family. The Passage is a coming-of-age story about two imaginative children confronting a reality stranger than anything they could imagine.

The unfolding of this mystery engulfed us even once we’d thought we’d figured it out. We found this a beautiful, compelling and poignant coming-of- age story with extremely well-drawn characters. Charming at first, it evolves quickly into a meditation on the circle of life.

The Passage was originally developed and produced by 7th House Theater in 2016. It received an internal developmental workshop with 7th House and a full production in the Dowling Studio at the Guthrie.

August 2018 reading at Village Theatre’s (WA) Festival of New Musicals and a subsequent February 2019 developmental production as a part of their Beta Series.