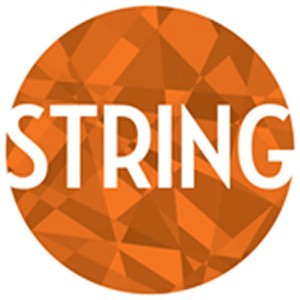 A workaholic Greek goddess gets tangled up with a security guard in the basement of the tallest building in the world. One mistake leads to another (a lost pair of scissors, a kiss, a stolen string) and soon Atropos is breaking her own rules to offer forever to an ordinary man. Can the fabric of the universe stand a flaw? An original musical about the three Fates in the modern city.

A refreshingly original story, String is both sophisticated and accessible and will appeal to traditionalists and adventurous theater-goers alike. Adam and Sarah have created a modern take on the Fates that will make us all question our own.

String was the 2014 recipient of the Weston Playhouse New Musical Award and has been developed at The O’Neill Music Theater Conference, Millikin University and New Dramatists, where it was the recipient of the Frederick Loewe Award.

Richard Rodgers Award 2015 and subsequent reading at Playwrights Horizons (NY). Concert presentation at Feinstein’s/54 Below (NY) in 2016. Reading at the Village Theatre Festival of New Musicals (WA) in 2016. Selected as one of the inaugural musicals in Village Theatre’s Beta Series for the 2016-2017 season. 2018 production at Village Theatre. Kleban Prize 2019.