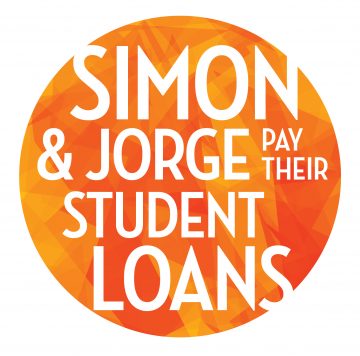 In life, we face many seemingly unanswerable questions. Why are we here? How does WIFI work? Why has there never been a stoner bromance rock musical about the impending student loan crisis and ever growing income inequality gap? Well ask no more. Behold: Simon & Jorge Pay Their Student Loans.

The seed for the show was planted in 2016 when Jesse and his graduate school writing partner needed an idea for their thesis musical. Jesse’s partner suggested adapting the story of Burke & Hare, two nineteenth century killers that sold their victim’s corpses to medical researchers. While that idea was ultimately scrapped, it did get Jesse thinking, and eventually led to the concept for Simon & Jorge. He began writing the show in the summer of 2017 and did not leave home until it was done the following fall. This will be its first public performance.