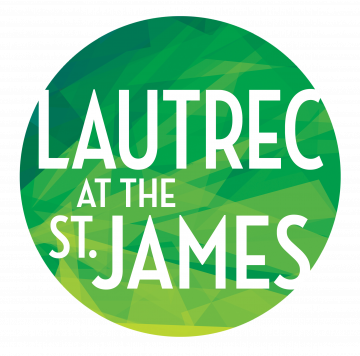 Lautrec at the St. James

March, 1899 – French artist Henri de Toulouse Lautrec, passes out in a gutter and is kidnapped. He awakes in the Chateau St. James, an asylum. Triggered by his imagination and a need to understand his downfall, the St. James continuously transforms around Lautrec into an intoxicating and provocative world—one that inspires yet may destroy him.

The development history for Lautrec at the St. James has thus far included a table read in New York with a cast of 10 actors. In 2018, the show received a grant to conduct a 29-hour reading, again with a cast of 10 actors but which also included a director and musical director. In 2019, Director Sarna Lapine became attached to the project and the show has received a second grant for a developmental 29-hour reading and for the recording of additional demos, which will occur in July 2019.

Will have a one night only concert performance at the Olney Theatre Center (MD) in April 2021. Rescheduled to March 2022.