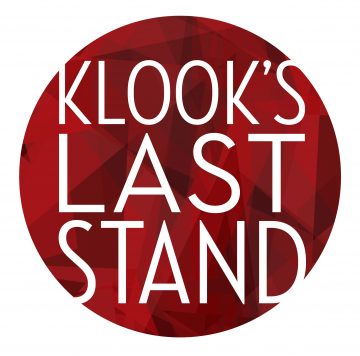 The Ballad Of Klook And Vinette (fka Klook's Last Stand)

Both leads to be African American

Klook is a drifter who’s gotten too old to drift. Vinette is on the run but she doesn’t know what’s chasing her.
Together they make a tentative stab at happiness, before the past they are evading begins to catch up with them. Tough, tender, funny and poignant, Klook’s Last Stand will grab you from the inside out. Soulful music and a lyrical text make this a mesmerising theatre experience.

A haunting examination of an under-documented segment of society, this piece gripped us with its sensuality and immense lyricism. We found it fresh, innovative and breathtakingly relevant.

Financed by Steven Rinkoff, Klook’s Last Stand was originally workshopped at Wac Arts in Camden in March 2014 with Krysten Cummings and Rhashan Stone. Following a successful sharing, the company was offered a space at the new Park Theatre in Finsbury Park. The original production of Klook’s Last Stand starred Ako Mitchell and Sheila Atim, with the multi-instrumental support of Rio Kai, and ran from 11th of June to 5th of July 2014 and sold out its run.