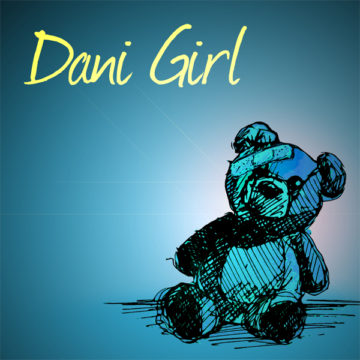 Dani Girl is the inspiring and humorous story of a young girl’s battle with a life-threatening disease. Far from sitting back and accepting her condition, Dani transforms her struggle into a fantastical adventure. Together with her teddy bear, imaginary guardian angel, and movie-obsessed hospital roommate, she battles a personified Cancer across the realms of fantasy and reality as she attempts to get her beloved hair back. Told from a child’s perspective, this provocative musical explores the universal themes of life in the face of death, hope in the face of despair, and the indomitable power of imagination.

Originally workshopped at Carnegie Mellon University, Dani Girl has since been developed at American Conservatory Theatre, the Kennedy Center, the ASCAP/Disney Workshop, Penn State University, Millikin University, and CAP21. The show received its world premiere at Canada’s Talk is Free Theatre, where it will be remounted for a Toronto run in early 2012. Additional productions have been seen in Australia, Great Britain, and Dallas.  Dani Girl was the recipient of the 2008 KC/ACTF Musical Theatre Award.